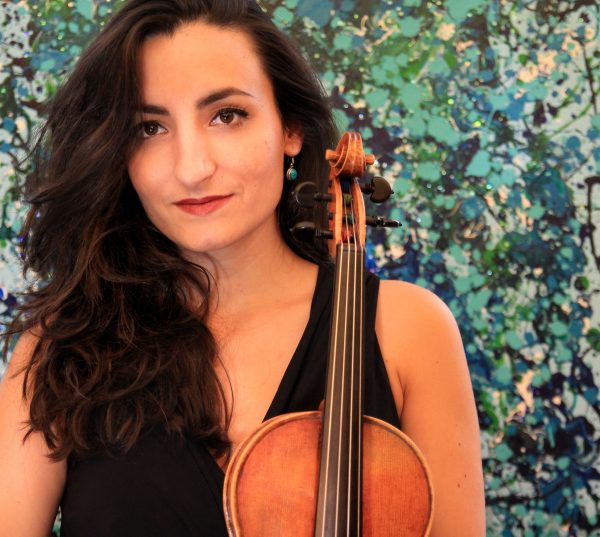 Julia Pareja Cubero was born in Sevilla, Spain, where she attended her primary and secondary schools, combining that with her violin studies since the early age of 6 years old. She moved to London in 2011 where she studied her Bachelor’s degree at the prestigious Guildhall School of Music and Drama, with Professor Simon Fischer. In 2016 she moved to Zwolle, NL, where she graduated Masters at ArtEZ Conservatorium under the tuition of Professor Sarah Kapustin.

Since early on in her career, she discovered her passion for chamber music and ensemble playing. She has experience in this field with her participation in projects with Orquesta Joven de Andalucia, as tutti violin and concertmaster, Orquesta Bética de Sevilla, Audeat London Camerata, Nationaal Symfonisch Kamerorkest, Kamerorkest van het Noorden, etc.

She was founder member of the Ivor Quartet in London, performing in venues such as Milton Court and Wigmore Hall. In the Netherlands she is member in several chamber groups. Since 2016 she is first violin in het Libero Strijkorkest, the chamber ensemble based in Zwolle and whose uniqueness is their commitment to performing all their repertoire by heart, as well as one of the three artistic managers behind the scenes of this project.