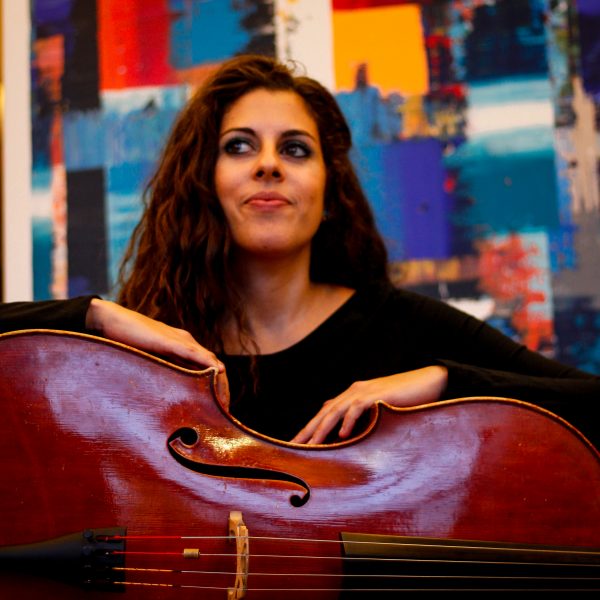 Berta García Sanz started her cello studies in Ciudad Real with professor Ignacio Morales and continued studying her bachelor’s degree at “Manuel Castillo” Conservatory of Music (Sevilla) with professor Israel Martinez Melero, where she finished with the highest mark. She has received masterclasses from several renowned cellists, such as Lluis Claret, Christophe Coin and Marcio Carneiro, among others.

Regarding her orchestra experience she has participated in several projects with the Young Academy of the OCG, the Academy of Orchestral Studies Barenboim-Said and the NJO, and between 2010 and 2014 she was also part of the OSC, playing in concerthalls such as Teatro de la Maestranza (Sevilla).
In June 2016 she completed her Master studies in ArtEZ Conservatorium with professors Karlien Bartels and Jeroen Reuling. She was cellist and founding member of Iberus Quartet between 2015 and 2018, with which she has received masterclasses by members of Bennewitz Quartet, violinist Sarah Kapustin and cellist Karlien Bartels. In 2016 they won the “Best off” chamber music competition, giving them opportunity to play in the program NPO Radio 4 in Conzertgebouw´s Spiegelzaal (Amsterdam) in September 2016.

She is also founding member of Libero Strijkorkest since 2016. In this project she is part of the cello section as well as one of the main members of the organization team. Carrying out these tasks encouraged her to study a Master in Cultural Management, which she is currently attending in the UOC (Open University of Cataluña).

Regarding her teaching experience she has worked as assistant teacher of renowned cellist Javier Albarés in several editions of “Curso de Perfeccionamiento Musical y Técnica de Dirección, Ciudad de Manzanares”. She is currently teacher of Leerorkest and Vivaldi Music, a job that she combines with performing in orchestras, theatre productions and several chamber music groups such as Cellousy duo and Cuarteto Aguamarina.